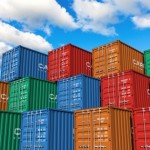 When you hear about Homeland Security agents seizing illegal shipments at airports, the first things that probably come to mind are drugs, weapons and maybe the occasional exotic pet. Last month in Chicago, however, federal agents confiscated 60 tons of something a little sweeter than they’re used to.

On April 28, authorities with the U.S. Immigration and Customs Enforcement’s (ICE) Homeland Security Investigations (HSI) found 195 barrels of honey in three shipping containers that had been intentionally mislabeled to conceal their country of origin. The honey’s shipping labels indicated that it had originated in Vietnam, when in fact it had come from China. In total, the honey was valued at more than $200,000.

So why the smoke and mirrors?

Back in 2001, the U.S. Commerce Department imposed anti-dumping duties on Chinese honey to ensure that it was sold at competitive market prices. Prior to the duty imposition, officials were concerned that Chinese honey was being sold in the U.S. at unfairly low prices. Now, 15 years later, it appears some unscrupulous exports have begun trying to circumvent the duties in an attempt to widen their profit margin.

In fact, the Department of Homeland Security has been on the lookout for these schemes for a number of years now. “In 2008, federal authorities in Chicago began investigating allegations of organizations circumventing anti-dumping duties through illegal imports, including transshipment and mislabeling, on the ‘supply side’ of the honey industry,” said a representative of the department in a statement. Since then, the Department of Justice has convicted nine individuals in a series of fraudulent honey importing schemes which avoided over $250 million in anti-dumping duties.

It’s not always easy to tell where store-bought honey comes from. That’s why we source all of our honey directly from farms right here on the West Coast. When you buy from Marshall’s, you can rest easy knowing exactly where your honey came from.

← Watch a Biologist Explain How Bees Make Honey
More than 1,000 Hives Were Stolen in California This Year →