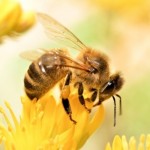 Jonathan Lundgren is an entomologist and senior researcher who has worked for the USDA’s Agriculture Research Service for the last 11 years. Now, he is on a two week suspension after filing a whistleblower complaint against the USDA that alleges the organization has impeded his research into the effects of neonicotinoid pesticides on pollinators.

Earlier this year, Lundgren published the details of his research and gave public interviews in which he questioned the effectiveness and safety of these pesticides. Soon afterwards, his superiors blocked further publication of his work and forbid him from speaking with members of the news media.

Lundgren’s research demonstrated that neonicotinoids do, in fact, have a negative impact on populations of pollinators such as Monarch butterflies and honeybees. His research also concluded that farmers received “no yield benefit at all in using the costly neonic seed treatments.”

The complaint, which was filed by the Public Employees for Environmental Responsibility (PEER) on behalf of Lundgren, says that his work “showed the adverse effects of certain widely used pesticides, findings which have drawn national attention as well as the ire of the agriculture industry.”

The USDA’s unwillingness to publicize Lundgren’s findings suggests that the organization’s vested interest in the agriculture industry is interfering with their ability to facilitate informative, meaningful scientific research. The USDA has thus far declined to comment on Lundgren’s suspension or the whistleblower complaint.

If you’d like to learn more about the plight of pollinators and the detrimental effects of neonicotinoid pesticides, we encourage you to check out Vanishing of the Bees, a documentary that has some fascinating insights into the issue.

← A Piece of Good News Emerges for Wild Pollinating Bees
In Africa, Bees Are Protecting Crops From Roving Pachyderms →