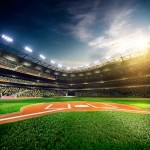 Last year, Kansas City Royals manager Ned Yost made local headlines when he lamented the killing of a swarm of bees at a spring training game. The swarm hat descended on a microphone mounted behind home plate and was making fans and players uneasy. Rather than relocating simply the bees, a maintenance worker was dispatched in a hazmat suit to dispose of the bees. Yost referred to the act as “mass bee genocide.” He then went on to defend honey bees in an impassioned statement to local reporters. “They’re just honey bees, man. There’s a decline in honey bees. We need ‘em.”

This week, when another swarm of bees paid a visit to a Royals spring training game, Yost wasn’t about to let another bee genocide take place on his watch. He approached the team’s VP of communications Mike Swanson and told him that there was no way they were killing those bees.

“I Told Swanny, we ain’t killing those bees,” said Yost in a press conference following the game. “There aren’t enough bees in the world, boys, we can’t be exterminating them. I’m telling you. They are dwindling and they’re so important to our environment because they pollinate everything. It doesn’t make any sense for me to panic and kill bees.”

Fortunately, a retired beekeeper happened to be in attendance at the game.

With the help of a stadium worker, the beekeeper was able to collect the bees in a garbage bag and gently escort them out of the game. The Royals went on to win the game in a 3-2 victory over the Colorado Rockies, proving once and for all that fortune smiles on those who stand up for honey bees.