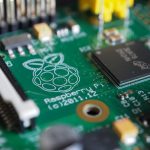 Vladimir Kulyukin is a computer scientist who has worked at Utah State University for the past 16 years. In his free time, he’s also an avid beekeeper in nearby Cache Valley. Kulyukin has grown increasingly concerned about colony collapse disorder in recent years, and he’s using his computer science background to study the health of his bee colonies.

Kulyukin created the BeePi in an effort to gather data on his honeybees’ activity and monitor them for signs of health trouble. The BeePi uses an array of small cameras and microphones to keep an eye on the bees 24 hours a day. Since Kulyukin began testing the system, he has gathered hundreds of gigabytes of valuable data from his hive.

“If you can think about the beehive as an intelligent, immobile robot, essential monitoring the bee colony inside and letting all interested parties know of deviations from the norm, then it’ll cut down on hive inspections and transportation costs immensely,” said Kulyukin in an interview.

Not only is the BeePi system capable of recording an immense amount of data on hive health, it’s also far less invasive and disruptive than conventional hands-on hive monitoring techniques. In fact, electronic bee hive monitoring has become a popular option elsewhere in recent years as well. In Canada, researchers at Simon Fraser University in British Columbia have developed a similar system for monitoring honeybee hive health.

By offering beekeepers a window into the day-to-day life of their colonies, electronic monitoring systems like the BeePi could make it easier to identify potential problems in a hive before bee colonies descend into full-blown collapse.

← These DIY Beeswax Crafts are Perfect for the Holidays!
5 Buzzworthy Facts About Natural Honey →