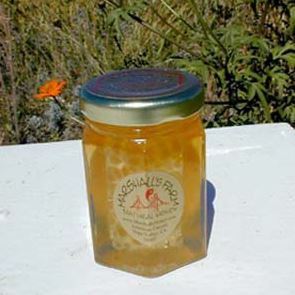 Did you know that there are very few foods that can remain perfectly preserved indefinitely?  Foods like salt, sugar and dried rice can all be used years upon years after first being purchased.  However, no one is really going to want to open up a container of any of these foods and just dig right in. There is only one food that comes to mind that is both unable to spoil and ready to eat as soon as it’s opened, without preparation.

That’s right, you guessed it – it’s our favorite: honey.

Amazingly enough, you could open up a jar of honey that was 5,000 years old and it would be completely safe to eat right then and there. In fact, archeologists have even discovered pots of perfectly preserved honey while unearthing ancient Egyptian tombs. So what is it about honey that makes it unaffected by any sort of expiration date?

Well while we’d like to chalk it up to the pure magic of honey, the longevity of this delectable food is mostly due to its chemical makeup and the fact that honey is a sugar and contains very little moisture. Now according to Amina Harris, the executive director of the Honey and Pollination Center at the Robert Mondavi Institute at University of California, Davis, “Very few bacteria or microorganisms can survive in an environment like that, they just die. They’re smothered by it, essentially.” For something to go bad, there must be something in it that can be spoiled. However, because of the fact that no organism can survive inside a jar of honey, it will always remain in pristine, edible condition.

What’s even more, honey’s pH level falls between 3 and 3.4, making it extremely acidic by nature. That means that if by chance anything does want to grow inside of it, the acid will kill it off. But that’s not all; the bees themselves hold the final key to what makes honey so timeless. Though the nectar that they collect contains 60-80 percent water, most of that is removed when the bees flap their wings to dry it out. Then, when an enzyme from their stomachs, called glucose oxidase mixes with the nectar and is broken down into two by-products of gluconic acid and hydrogen peroxide, that hydrogen peroxide acts to further reject the growth of anything negative.

For more information on what makes honey so indefinitely long lasting, stop by Marshall’s Farm and see us! Then bee sure to stock up on your favorite jars of raw, natural California honey without worry that it’ll ever go bad on you!

← Sweeten Up Your Valentine’s Day!
Honey to Celebrate the Honeys →