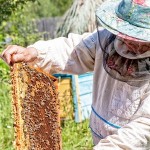 A decade ago, California was the number-one honey producing state in the nation. Today, California honey accounts for less than 10 percent of America’s annual honey production. This worrisome decline is due in large part to the record-breaking drought that has been ravaging California for the last four years. In January, Governor Jerry Brown declared… END_OF_DOCUMENT_TOKEN_TO_BE_REPLACED 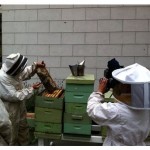 We’re in the honey business, so we understand the importance of bees. For a lot of people they hate bees. They’d rather not have to deal with them at all and might be happy if they didn’t exist. The fact of the matter is bees play a huge role in our lives, even those who… END_OF_DOCUMENT_TOKEN_TO_BE_REPLACED